Note - this was the original breadboard test for the do-it-yourself Mk I Multicart. But if you're after the Mk II Multicart with packaged tape games and a menu system then click here. 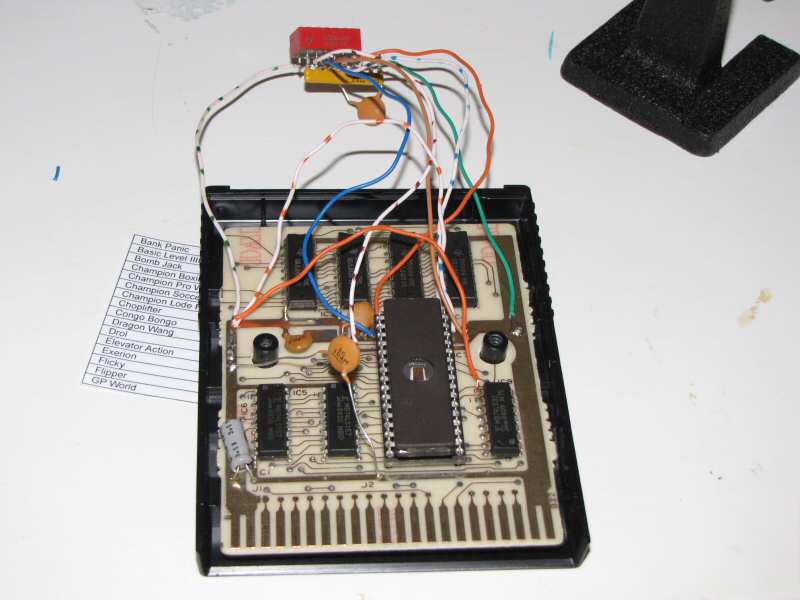 My original Mk 0 Multicart was built around a Basic IIIB cartridge with 32KB of RAM on board. I was going to make the bestest, meanest multi-cart ever. And it was going to play tape games too. Oh, yeah. Here it is.

I found a guy in France on eBay who had a pile of these empty Basic IIIB carts in his garage - perfect for prototyping. And it meant I didn't have to destroy any of my original carts during my initial build.

The first one I tried worked fine. I started with a simple test. I just soldered a 28 pin socket onto it, then burnt myself a copy of the IIIB ROM plus a couple of games onto some 256Kbit / 32KB EPROMs. That worked beautifully. So obviously all the other ones would work fine too, right? Life was good.

Well… after many days of pain, and totally disassembling my Mk 0 Multicart I had to admit defeat. Something on the second board was bust, and I had no way of finding out what. I still don't know whether the board was stuffed before I began, or if I fried some components along the way. Either one is quite possible. The IIIB circuit boards have a *lot* more on them than the games carts. We have 4 memory chips, two multiplexer ICs, one OR gate IC, and 5 capacitors to fry. There isn't much clearance around the board or the components. You have to move at least two capacitors, and the +5v and GND lines are much longer than before. And as you add all those extra wires you need more decoupling capacitors to deal with the extra noise. And there isn't much room to fit the DIP switch and extra wires inside the case either. 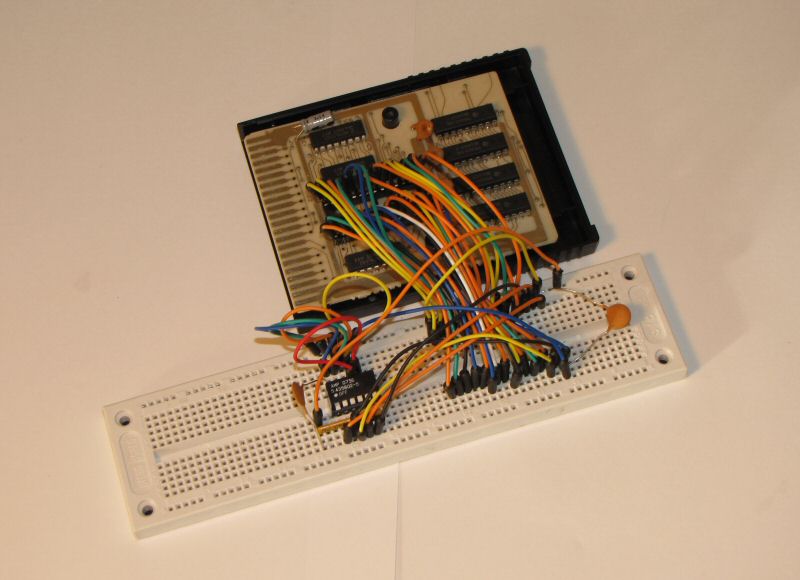 So in retrospect, maybe it was doomed to fail. However I do know the concept works. Check out the following pics of my breadboard setup based on that first IIIB cart I soldered a 28 pin socket onto. You can see it running Basic IIIB, and I assure you it played all the other games very nicely too. I'm going to revisit some of those ideas in a later build as we improve our Multicart design. 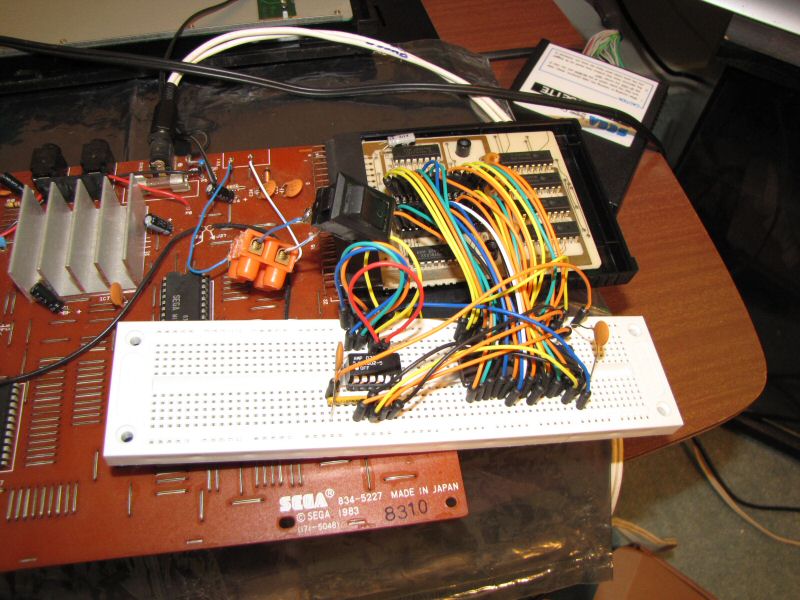 Breadboard connected to SC-3000. I had to remove the case becaues the modified cart was too tall.

But, it still served a purpose. The underlying concept worked, and thus the much simpler Mk I Multicart was born. Enjoy :) 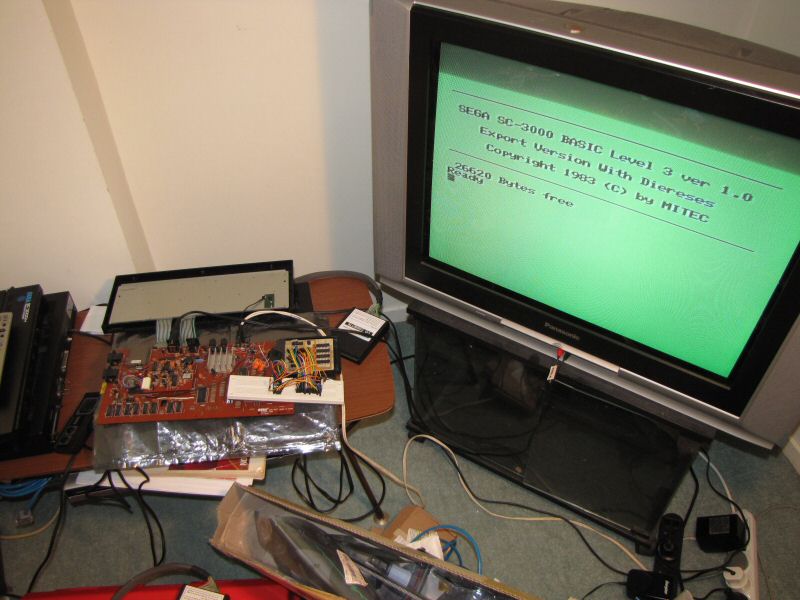 Breadboard setup running Basic IIIB. If I flip the DIP switches around the other 31 games work just fine.